Trending
You are at:Home»365 DAYS-OF-HISTORY»September 3 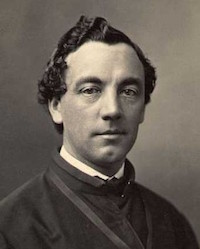 September 3, 1864 Patrick Francis Healy became the first Jesuit priest of African descent. Healy was born enslaved on February 27, 1830 in Macon, Georgia. Although he was at least three-quarters European in ancestry, he was legally considered a slave and Georgia law prohibited the education of slaves. Therefore, Healy’s father arranged for him to move north to obtain an education. Healy graduated from the College of the Holy Cross in 1850 and entered the Jesuit order. In 1858, the order sent him to Europe to study because his African ancestry had become an issue in the United States. He earned his doctorate from the University of Leuven in Belgium, becoming the first American of African descent to earn a Ph.D. In 1866, Healy returned to the U.S. and began teaching at Georgetown University. In 1874, he was named president of the institution, the first American with African ancestry to be president of a predominantly white college. During his tenure, he helped transform the small 19th century college into a major university for the 20th century. He modernized the curriculum and expanded and upgraded the schools of law and medicine. He also oversaw the construction of Healy Hall, a National Historic Landmark named in his honor. Healy left the college in 1882 and died January 10, 1910. In 1969, the Georgetown Alumni Association established the Patrick Healy Award to recognize people who have “distinguished themselves by a lifetime of outstanding achievement and service to Georgetown, the community and his or her profession.” Patrick Francis Healy Middle School in East Orange, New Jersey is named in his honor. “Passing for White: Race, Religion, and the Healy Family, 1820-1920” was published in 2003.