Trending
You are at:Home»365 DAYS-OF-HISTORY»January 3 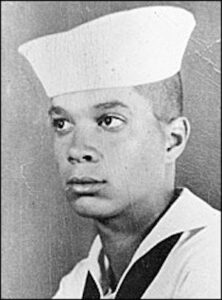 January 3, 1966 Samuel Leamon Younge, Jr. was shot to death after he tried to use the “Whites only” restroom at a gas station in Macon County, Alabama, becoming the first black college student killed as a result of his involvement in the Civil Rights Movement. Younge was born November 17, 1944 in Tuskegee, Alabama. After receiving a medical discharge from the United States Navy, Younge enrolled at Tuskegee Institute in 1965. He became involved in civil rights activities in his first semester. He was involved in the Tuskegee Institute Advancement League, a campus group organized by students to work on desegregating public facilities and lead voter registration drives. After the shooting, the gas station attendant was not indicted until November, 1966 and he was acquitted by an all-white jury the next month. Younge’s story is told in “Sammy Younge, Jr.: The First Black College Student to Die in the Black Liberation Movement” (1968).