Trending
You are at:Home»365 DAYS-OF-HISTORY»September 28 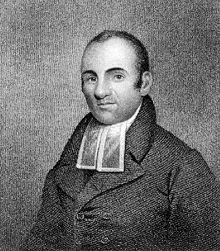 September 28, 1833 Lemuel Haynes, the first African American to serve as pastor of a white congregation, died. Haynes was born July 18, 1753 in West Hartford, Connecticut. At the age of five months, Haynes was given over to indentured servitude and remained until he was freed at 21. After being freed, Haynes joined the minutemen and served during the Revolutionary War. After the war, he began to write extensively, criticizing the slave trade and slavery as an institution. He wrote “liberty is equally precious to a Black man, as it is to a White one, and bondage is equally as intolerable to the one as it is to the other.” By the early 1780s, Haynes became a leading Calvinist minister and starting in 1783 he ministered to Rutland’s West Parish for 30 years. In 1804, Middlebury College granted Haynes an honorary Master of Arts degree, the first advanced degree bestowed upon an African American. The home that Haynes lived in the last 11 years of his life in South Granville, New York was declared a National Historic Landmark in 1975. His biography, “Black Puritan, Black Republican: The Life and Thought of Lemuel Haynes, 1753 – 1833” was published in 2003.