Trending
You are at:Home»365 DAYS-OF-HISTORY»September 18 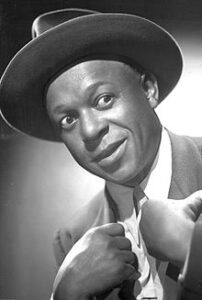 September 18, 1905 Edmund Lincoln “Rochester” Anderson, hall of fame radio, television and film actor, was born in Oakland, California. Anderson began his show business career at the age of 14 in a song and dance act called Three Black Aces. He was best known for playing Rochester van Jones, the valet for Jack Benny on radio and television. Anderson first appeared on the show in March, 1937 and remained with the show until 1955. Anderson also appeared in more than 60 films, including “What Price Hollywood?” (1932), “Jezebel” (1938), “Gone with the Wind” (1939), and the all-black musical film “Cabin in the Sky” (1943). His last film appearance was in the 1963 comedy “It’s a Mad, Mad, Mad, Mad World.” Anderson was one of the highest paid performers of his time and he invested wisely and became very wealthy. He died February 28, 1977 and his home in Los Angeles was opened in 1989 as Rochester House and is dedicated to helping troubled men transition into society. In 2001, Anderson was posthumously inducted into the Radio Hall of Fame.