Trending
You are at:Home»365 DAYS-OF-HISTORY»October 3 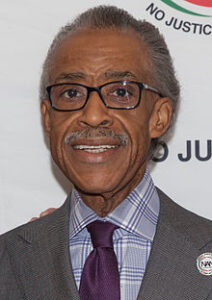 October 3, 1954 Alfred Charles “Al” Sharpton, Jr., minister, civil rights activist, White House adviser and radio talk show host, and was born in Brooklyn, New York. Sharpton preached his first sermon at the age of four and toured with Mahalia Jackson. While still in high school, Sharpton started promoting concerts and was hired by soul singer James Brown as a bodyguard. Also while in high school, Sharpton was appointed by Jesse Jackson as youth director for Operation Breadbasket in 1969 and in 1971 he founded the National Youth Movement to raise resources for impoverished youth. During the 1970s and 1980s, Sharpton led a number of protests in the New York metropolitan area and rose to national prominence. In 1991, he founded the National Action Network, an organization to increase voter education, to provide services to those in poverty, and to support small community businesses. Sharpton has made several unsuccessful efforts for elective offices and he continues to be a leader in the Civil Rights Movement.  Sharpton has authored two books, his autobiography “Go Tell Pharaoh” (1996) and “Al on America” (2002).  In 2004, he was a candidate for U.S. President, and is often a guest on FOX News, CNN and MSNBC.