Trending
You are at:Home»365 DAYS-OF-HISTORY»October 27 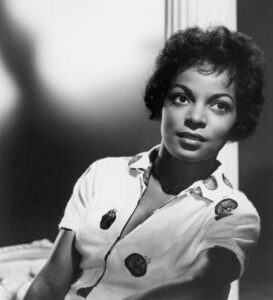 October 27, 1924 Ruby Ann Wallace (Ruby Dee), actress, playwright, poet, and activist, was born in Cleveland, Ohio, but grew up in Harlem, New York. Dee earned her Bachelor of Arts degree from Hunter College in 1945. She made several appearances on Broadway before gaining national recognition for her role in the 1950 film “The Jackie Robinson Story.” Dee has been nominated for eight Emmy Awards, winning the one for Outstanding Supporting Actress in a Miniseries or Special for her role in the 1990 television film “Decoration Day.” In 2007, she was nominated for an Academy Award for Best Supporting Actress for her role in “American Gangster.” Also in 2007, she and her husband, Ossie Davis, won the Grammy Award for Best Spoken Word Album. Other films in which she has appeared include “A Raisin in the Sun” (1961), “Do the Right Thing” (1989), and “Jungle Fever” (1991). Dee is a long time civil rights activist, belonging to the Congress of Racial Equality, the NAACP, the Student Nonviolent Coordinating Committee, and the Southern Christian Leadership Conference. She was personal friends with Martin Luther King, Jr. and Malcolm X. In 1995, she and Davis received the National Medal of Arts, the highest honor bestowed on an individual artist by the United States, from President William Clinton and in 2005 they received the Lifetime Achievement Freedom Award from the National Civil Rights Museum. Dee received the 2008 Spingarn Medal from the NAACP. In 2001, she and Davis published their autobiography, “With Ossie and Ruby: In This Life Together.”