Trending
You are at:Home»365 DAYS-OF-HISTORY»November 28 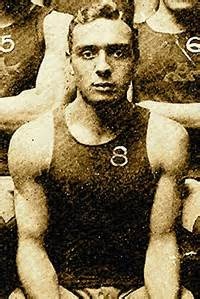 November 28, 1884 Edwin Bancroft Henderson, the “grandfather of Black basketball,” was born in Washington, D.C. In 1904, Henderson became the first African American certified to teach physical education and from 1920 to 1954 he was director of physical education in Washington’s segregated schools. Henderson first learned basketball in 1904 at Harvard University while attending a summer physical training class for gym teachers. He returned to D.C. and introduced the game to black students. From then until the 1950s, Henderson played and coached basketball and taught the game to thousands of Washington area schoolchildren. Henderson was also a civil rights activist, serving as president of the Virginia Council of the NAACP from 1955 to 1958 and advocating for interracial athletic competition. He also was a prolific writer of letters to the editor, writing more than 3,000 letters concerning race relations. According to the Washington Post, no one wrote more letters to the editor than Henderson. Today, the Tinner Hill Heritage Foundation and the Post co-sponsor a “Dear Editor” contest for secondary school children in Northern Virginia in his honor. Henderson died February 3, 1977 and a historical marker designates his home in Falls Church, Virginia.