Trending
You are at:Home»365 DAYS-OF-HISTORY»November 23 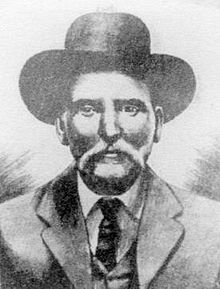 November 23, 1897 Andrew Jackson Beard received patent number 594,059 for his improved rail coupler design. Before automatic car couplers, railroad workers had to manually hook railroad cars together by dropping a pin between the two connectors of the engaging cars. Often the workers could not move away from the cars fast enough and many, including Beard, lost limbs after becoming wedged between the cars. Beard sold the rights to this patent for $50,000. Beard was born in 1849 in Woodland, Alabama and spent his first fifteen years enslaved. After emancipation, Beard worked as a farmer, carpenter, blacksmith, railroad worker, and businessman. He patented his first invention, a plow, in 1881 and sold the rights for $4,000. He patented a second plow in 1887 and sold the rights for $5,200. He then invested the money from his inventions into a profitable real estate business. On July 5, 1892 he received patent number 478,271 for an improved rotary steam engine which was cheaper and easier to build and operate than conventional steam engines. Not much is known of Beard’s life after 1897 except that he died in 1921. Beard was posthumously inducted into the National Inventors Hall of Fame in 2006.