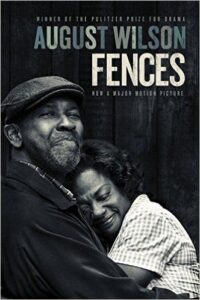 August Wilson, playwright, was born Frederick August Kittel, Jr. in Pittsburgh, Pennsylvania. Wilson dropped out of high school in the tenth grade and used the Carnegie Library to educate himself. He made such extensive use of the library that they later awarded him a degree, the only one they have awarded.

In 1968, he co-founded the Black Horizon Theater and performed his first play, “Recycling.” In 1978, Wilson moved to St. Paul, Minnesota and took a job writing educational scripts for the Science Museum of Minnesota and began writing his “Pittsburgh Cycle,” a series of ten plays with each set in a different decade that sketch the black experience in the 20th century.

Wilson died October 2, 2005 and two weeks after his death the Virginia Theater in New York City’s Broadway theater district was renamed the August Wilson Theater, the first Broadway theater to bear the name of an African American.