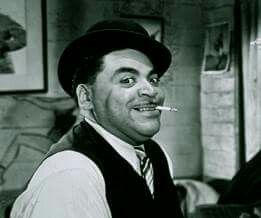 Thomas Wright “Fats” Waller, jazz pianist, organist, and composer, was born in New York City. Waller started playing the piano at the age of six. At the age of 14, he was playing the organ at Harlem’s Lincoln Theater and within 12 months had composed his first song.

Waller was one of the most popular performers of his era, finding critical and commercial success in the United States and Europe. He was also a prolific songwriter and many of the songs that he wrote are still popular, including “Ain’t Misbehavin’” (1929) and “Honeysuckle Rose” (1934), which are in the Grammy Hall of Fame as recordings of “qualitative or historical significance.” Other recordings by Waller include “After You’ve Gone” (1930), “African Ripples” (1935), and “Jitterbug Waltz” (1942).