Trending
You are at:Home»365 DAYS-OF-HISTORY»March 10 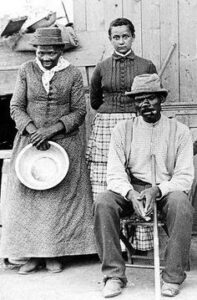 March 10, 1913 Harriet Tubman, abolitionist, Union Army spy, and suffragist, died. Born Araminta Ross enslaved in Dorchester County, Maryland around 1820, Tubman escaped to Philadelphia in 1849. Immediately, she returned to Maryland to rescue her family and over the years made 13 missions to rescue over 70 enslaved people using the network of antislavery activists and safe houses known as the Underground Railroad. Tubman, known as Moses, never lost a passenger. During the Civil War, Tubman worked for the Union Army as an armed scout and spy. She was the first woman to lead an armed expedition when she led the raid on the Combahee River which liberated more than 700 enslaved people.

Tubman was also active in the women’s suffrage movement. After she died, Tubman was buried with military honors. Dozens of schools are named in her honor and in 1944 the United States Maritime Commission launched the SS Harriet Tubman, the first Liberty ship ever named for a black woman. In 1978, the United States Postal Service issued a commemorative stamp in her honor. Tubman’s biography, “Scenes in the Life of Harriet Tubman,” was published in 1869. Tubman’s name is enshrined in the Ring of Genealogy at the Charles H. Wright Museum of African American History in Detroit, Michigan.