Trending
You are at:Home»365 DAYS-OF-HISTORY»March 7 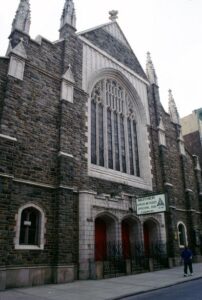 The African Methodist Episcopal Zion Church or the AME Zion Church is a historical African American domination. The church history before the 1800s’, these early black churches were deviation of theMethodist Episcopal Church domination.  The church served a growing community and the worshippers sort a black minister instead of the white ordained ministers assigned. In 1820, six churches ordained James Valick, Elder, and in 1821 he was made the first General Superintendent of the AME Zion Church.  The white dominated Methodist church rant and raved over this decision and advocated until James Varick was ordained Bishop of the AME Zion Church in July 1822.  The church was a part of the Abolitionist Movement and often referred to as the “Freedom Church.”  By1870 the church claimed a membership of nearly 165,000 members.