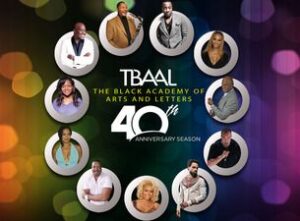 The American Negro Academy was founded in Washington, D.C. as an organization of black intellectuals who, through their scholarship and writings, were dedicated to the promotion of higher education, arts, and science for African Americans as part of the overall struggle for racial equality. The membership in the all-male organization consisted of those with backgrounds in law, medicine, literature, religion, and community activism.

They produced a number of published works, including “Disenfranchisement of The Negro” by J.L. Lowe and “Comparative Study of The Negro Problem” by Charles C. Cook. The ANA disbanded in 1924, but on June 12, 1969 The Black Academy of Arts and Letters was established to continue the mission of the ANA. TBAAL is headquartered in the Dallas, Texas Convention Center.