Trending
You are at:Home»365 DAYS-OF-HISTORY»March 6 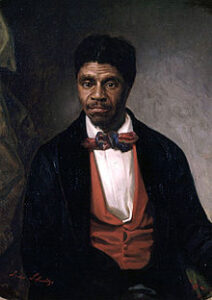 March 6, 1857 The United States Supreme Court ruled in Dred Scott v. Sandford, commonly referred to as the “Dred Scott decision,” that people of African descent imported into the United States and enslaved, or their descendants, enslaved or free, were not protected by the Constitution and could never be citizens of the United States. It also ruled that because enslaved people were not citizens, they could not sue in court, that Congress had no authority to prohibit slavery in federal territories and that enslaved people, as private property, could not be taken away from their owner without due process.