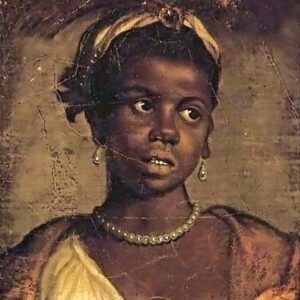 Amelia Bassano (Lanier)is the lady who wrote all of Shakespeare’s plays, during this time no one lack would pulish a black womans’ work. Bassano died broke, she never received a penny for her work. Shakespeare was illiterate and could barely write his name.

Bassona is considered the “dark lady” of the sonnets. John Hudson proposes that Amelia Bassano Lanier as the primary authorship of Shakespeares’ works. As mentioned in her biography, her work as a major experimental poet, her literarys’ signatures’ on the plays and her access to social networks that match the main areas of knowledge displayed by the playwright.

Today Amelia is known as the first woman in England to publish a book of orginatal poetry, born 1569 into a family of secret Jews living in London. To outsiders, the Bassanos’ propably appeared indistinguishable from ardent Puritans who followed Mosaic Law.

Hudson’s first book is a scholarly examination of the ongoing debate about the authorship of the works of William Shakespeare. Hudson argues that an obscure but talented woman named Amelia Bassano Lanier—posited to be both Shakespeare’s “dark lady” of the sonnets and a “secret Jew”—was in the right place at the right time, and had the right skills and knowledge, to be the true creator of classics such as Hamlet and Much Ado About Nothing.

Regardless of one’s opinion on the subject of the Bard of Avon’s works and their provenance, this book is a smart, wide-ranging examination of the society and circumstances of the 16th and 17th centuries. Subjects covered include Shakespearean scholarship itself (and its methods), life in late Renaissance London and the British royal court, English theater, plagues, gender, religion, intellectual life and a great deal more.

Hudson argues that Shakespeare’s plays, like Lanier’s work, are highly critical of Christianity, that they reflect her travels (including a journey to Denmark) and that Lanier—like Shakespeare—is said to have undertaken a brief career as a schoolteacher. That Lanier had so much of the same background as Shakespeare supports Hudson’s theory; that she had even more of the necessary background than the Bard did (as a musician, a law clerk, etc.) makes Hudson’s case even more compelling.

Even if Lanier didn’t write the works of Shakespeare, she is a notable person in her own right. Exhaustively documented, with a lengthy bibliography and full index, the volume is clearly written and makes a deeply intriguing case for its thesis.

Although many readers will take exception to its ideas from the very beginning (not everyone agrees that the generally known biography of Shakespeare makes him “superhuman” or his efforts “impossible”), Hudson’s historical sleuthing and careful speculation make the Lanier theory at least as plausible as most of the others (from Edward de Vere, Christopher Marlowe and Francis Bacon on down).

With graphics that include a “knowledge map” of which candidates might have been able to write which plays and symmetry analyses of some of the major works, the book advances these ideas concisely and with great rhetorical conviction.