Trending
You are at:Home»365 DAYS-OF-HISTORY»March 29 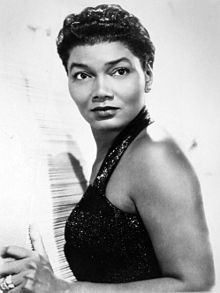 March 29, 1918 Pearl Mae Bailey, jazz vocalist and actress, was born in Southampton County, Virginia. Bailey made her stage debut at 15 when she won an amateur contest in Philadelphia. In 1941, during World War II, she toured the country with the USO, singing and dancing for American troops. In 1946, she made her Broadway debut in “St. Louis Woman” and in 1968 she received a Special Tony Award for the title role in the all-black production of “Hello Dolly!” Bailey also appeared in numerous feature films, including “Carmen Jones” (1954), “Porgy and Bess” (1959), and “Norman, Is That You” (1976).

Bailey earned her Bachelor of Arts degree from Georgetown University in 1985. In 1986, she won the Daytime Emmy Award for Outstanding Performer in Children’s Programming for her performance in “Cindy Eller: A Modern Fairy Tale.” She published her autobiography, “The Raw Pearl,” in 1968. She also published “Talking to Myself” in 1971 and “Between You and Me in 1989. Bailey was named special advisor to the U.S. Mission of the United Nations General Assembly in 1975 and in 1988 received the Presidential Medal of Freedom, the nation’s highest civilian honor, from President Ronald Reagan. She died August 17, 1990.