Trending
You are at:Home»365 DAYS-OF-HISTORY»March 28 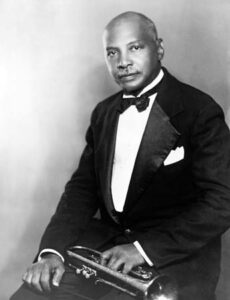 March 28, 1958 William Christopher “W.C.” Handy, blues composer and musician, died. Handy was born November 16, 1873 in Florence, Alabama. In 1892, Handy received a teaching degree from Huntsville Teachers Agricultural and Mechanical College. At age 23, he became band master of Mahara’s Colored Minstrels and over the next three years toured throughout the United States and Cuba. From 1900 to 1902, he taught music at Alabama Agricultural and Mechanical College for Negroes. In 1903, he returned to leading bands and touring with the Knights of Pythias which he led for the next six years.

The 1912 publication of his “Memphis Blues” sheet music was credited as the inspiration for the foxtrot dance step and many consider it the first blues song. By 1917, Handy had also published “Beale Street Blues” and “St. Louis Blues.” Bessie Smith’s recording of “St. Louis Blues” with Louis Armstrong is considered one of the finest recordings of the 1920s. In 1926, Handy authored “Blues: An Anthology – Complete Words and Music of 53 Great Songs” which was the first work to record, analyze, and describe the blues as an integral part of the history of the United States. Handy wrote four other books, including his autobiography, “Father of the Blues.” In 1958, a movie about his life titled “St. Louis Blues” was released.

In 1969, the United States Postal Service issued a commemorative postage stamp in his honor and in 1993 he was posthumously awarded the Grammy Lifetime Achievement Award. Streets in New York, Tennessee, and Alabama are named in his honor and the W. C. Handy Music Festival is held annually in Muscle Shoals, Alabama.