Trending
You are at:Home»365 DAYS-OF-HISTORY»March 24 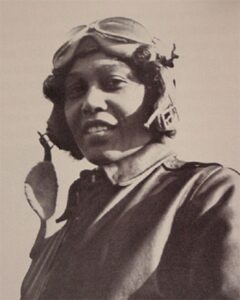 March 24, 1907 Janet Harmon Waterford Bragg, the first African American female to hold a commercial pilot license, was born in Griffin, Georgia. Bragg became interested in flying as a young girl, but attended Spelman College and qualified as a registered nurse in 1929. After graduating, she moved to Chicago, Illinois to work as a nurse. In 1933, Bragg enrolled at Aeronautical University and in 1939 she and other black male aviators started the Coffey School of Aviation which later provided students for the Army Air Corps training program at Tuskegee, Alabama.

In the early 1940s, Bragg completed the Civilian Pilot Training Program at Tuskegee, but was denied a pilot’s license because she was a “colored girl.” She was able to gain her pilot’s license in 1942 in Illinois. In 1943, she applied to join the Women Airforce Service Pilots program, but was denied an interview because she was black. Her application to the Army Nurse Corps was also denied on racial grounds. Bragg retired from flying in 1965. She and her husband managed nursing homes in Chicago until their retirement in 1972.

Bragg died April 11, 1993 and her autobiography, “Soaring Above Setbacks: The Autobiography of Janet Harmon Bragg, African American Aviator,” was published in 1996.