Trending
You are at:Home»365 DAYS-OF-HISTORY»March 23 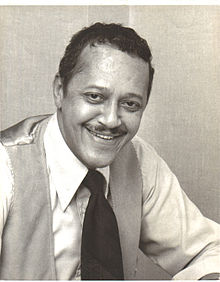 March 23, 1928 Channing E. Phillips, minister, social activist and the first African American placed in nomination for President of the United States by a major party, was born in Brooklyn, New York. Phillips was a founding member of the Coalition of Conscience, a conglomeration of local organizations working to alleviate social problems in Washington, D.C. He led the D.C. delegation to the 1968 Democratic National Convention and, after the death of Robert Kennedy, on August 28, 1968 Phillips was nominated as a favorite son candidate and received 68 votes. Phillip said that his candidacy was meant to show that “the Negro vote must not be taken for granted.” Phillips was also the president of the Housing Development Corporation, a government backed housing venture in the capital. Phillips died November 11, 1987.