Trending
You are at:Home»365 DAYS-OF-HISTORY»March 18 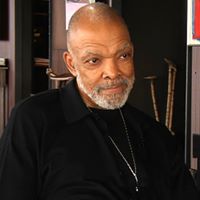 March 18, 1939 Thomas Jason Burrell, advertising executive, was born in Chicago, Illinois. Burrell earned his Bachelor of Arts degree in English from Roosevelt University in 1962. During his senior year of college, he started working in the mailroom of an advertising agency. He moved up in the industry until 1971 when he co-founded his own agency which focused on the African American consumer. By 1992, his partner had left the agency and the name was changed to Burrell Communications Group with billings of almost $100 million. Customers included Verizon, Kmart, Sears, Sprite, and many others. Burrell retired in 2004, but remains chairman emeritus of the agency. He was inducted into the American Advertising Federation, Advertising Hall of Fame in 2005. Burrell authored “Brainwashed: Challenging the Myth of Black Inferiority” in 2010.