Trending
You are at:Home»365 DAYS-OF-HISTORY»March 3 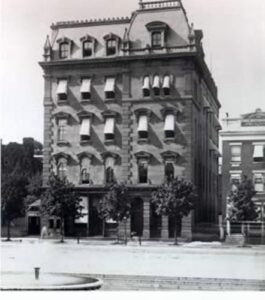 March 3, 1865 President Lincoln signed legislation to incorporate the Freedmen’s Savings and Trust Company, commonly known as the Freedmen’s Bank. The bank was set up to received deposits only “by or on behalf of persons heretofore held in slavery in the United States, or their descendants.” At its peak, the bank operated 37 branches in 17 states and the District of Columbia making it one of the first multi-state banks in the nation and by 1870 nearly all the branches were run by African Americans. The bank was closed in June, 1874 due to massive fraud by upper management and the board of directors and the economic instability resulting from the Panic of 1873. “The Freedmen’s Saving Bank: A Chapter in the Economic History of the Negro Race” was published in 1927.