Trending
You are at:Home»365 DAYS-OF-HISTORY»March 1 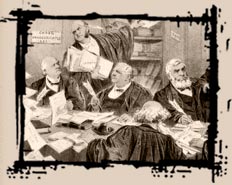 March 1, 1875 The Civil Rights Act of 1875 was signed into law by President Ulysses Grant. The act guaranteed that everyone, regardless of race, color or previous condition of servitude, was entitled to the same treatment in public accommodations. The law was rarely enforced and in 1883 the United States Supreme Court ruled the act unconstitutional. Many of the provisions of the act were included in the Civil Rights Act of 1964 and the Fair Housing Act of 1968.