Trending
You are at:Home»365 DAYS-OF-HISTORY»June 5 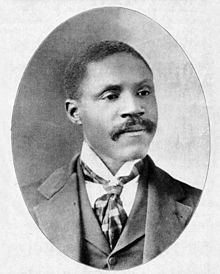 June 5, 1894 George Washington Murray of Sumter, South Carolina received patent numbers 520,887, 520,888, and 520,889 for a planter, cotton-chopper, and fertilizer distributer, respectively. The planter was designed to drop crop seeds at predetermined distances apart and covering the seeds after dropping. The cotton-chopper was a cheap and simple machine designed to chop rows of cotton. And the fertilizer distributer was a strong and durable machine able to evenly drill any fertilizing agent into the ground and then cover them. Murray later received patent number 644,032 on February 20, 1900 for a grain drill and patent number 887,495 on May 12, 1908 for a portable hoisting device.

Murray was born enslaved on September 22, 1853 in Sumter County. After being freed, he attended the University of South Carolina for two years and taught school for 15 years. He served as chairman of the Sumter County Republican Party and was known as the “Republican Black Eagle.” From 1890 to 1892, Murray served as inspector of customs at the Port of Charleston. In 1893, he was elected to the United States House of Representatives where he served until 1897. During his time in Congress, Murray fought for black rights, speaking in favor of retaining Reconstruction Period laws, and highlighting black achievement by reading into the congressional record a list of 92 patents granted to African Americans. Murray died April 21, 1926 and was the last black Republican to serve in Congress from South Carolina until 2010. His biography, “A Black Congressman in the Age of Jim Crow: South Carolina’s George Washington Murray,” was published in 2006.