Trending
You are at:Home»365 DAYS-OF-HISTORY»June 4 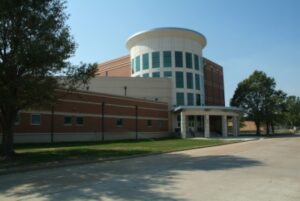 June 4, 1946 The Mississippi Legislature passed legislation to establish Mississippi Vocational College. The legislature anticipated that legal segregation of public education would soon be ended and hoped that by creating a separate institution of higher learning for blacks that it would attract African Americans that might otherwise apply to attend the whites-only state institutions. They called it vocational to appease those whites who objected to any government supported higher education for blacks. The school opened in 1950 in Leflore County, Mississippi near Itta Bena. In 1964, the institution was renamed Mississippi Valley State College and in 1974 it became Mississippi Valley State University. Today, the university has approximately 2,500 students pursuing undergraduate and graduate degrees. Notable alumni include Katie Hall, Deacon Jones, and Jerry Rice.