Trending
You are at:Home»365 DAYS-OF-HISTORY»June 29 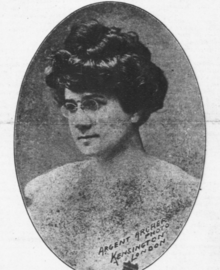 June 29, 1867 Emma Azalia Smith Hackley, singer, educator, and political activist, was born in Murfreesboro, Tennessee, but raised in Detroit, Michigan. She had an Afro-Centric pride through her support and education. At the age of three she took an interest in playing the piano at the age and was provided private voice, violin, and French lessons. In 1900, she earned her Bachelor of Music degree from Denver University. Hackley expressed concern for Denver’s civic and socducation and she established the Colored Women’s League and served as executive director of the local branch. She also founded the Imperial Order of Libyans which fought racial discrimination and encouraged patriotism amongst African Americans.

In 1905, Hackley moved to Philadelphia, Pennsylvania where she became the director of music at the Episcopal Church of the Crucifixion. She also helped organize the People’s Chorus which later became the Hackley Choral Society. Hackley spent much of her life training other singers, including Marian Anderson, Roland Hayes, and R. Nathanial Dett. In 1916, she published her own collection of music, “Colored Girl Beautiful.”

Twenty years after Hackley’s death, December 13, 1922, the National Association of Negro Musicians established the E. Azalia Hackley Memorial Collection of Negro Music, Drama and Dance at the Detroit Public Library. Her biography, “Azalia: The Life of Madame E. Azalia Hackley,” was published in 1947. Hackley’s name is enshrined in the Ring of Genealogy at the Charles H. Wright Museum of African American History in Detroit, Michigan.