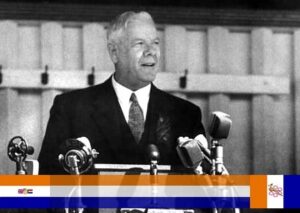 In June, 1983, the State of Louisiana repealed the last of the Nations’ racial classification laws. The Law had defined an African American as anyone “with one – thirty second ‘Negro’ Blood.”

The one-drop rule is a social and legal principle of racial classification that was historically prominent in the United States asserting that any person with even one ancestor of sub-Saharan-African ancestry (“one drop” of black blood) is considered black (Negro in historical terms), its implications of racial purity being that anyone unable to pass for white in the context of the US racial hierarchy is assigned the lower status of being non-white or colored.

This concept evolved over the course of the 19th century and became codified into the law of some states in the early 20th century. It was associated with the principle of “invisible blackness” and is an example of hypodescent, the automatic assignment of children of a mixed union between different socioeconomic or ethnic groups to the group with the lower status.

Before and during the centuries of slavery, people had interracial relationships, both forced and voluntarily formed. In the antebellum years, free people of mixed race (free people of color) were considered legally white even if individuals had up to one-eighth or one-quarter African ancestry (depending on the state).

Many mixed-race people were absorbed into the majority culture based simply on appearance, associations and carrying out community responsibilities. These and community acceptance were the more important factors if a person’s racial status were questioned, not his or her documented ancestry. Because of the social mobility of antebellum society in frontier areas, many people did not have documentation about their ancestors.

Based on DNA and historical evidence, Thomas Jefferson is widely believed to have fathered the six mixed-race children of his slave Sally Hemings; four survived to adulthood. Hemings was three-quarters white by ancestry and a half-sister of Martha Wayles Jefferson. Their children were born into slavery because of her status; as they were seven-eighths European in ancestry, they were legally white under Virginia law of the time.

Jefferson allowed the two oldest to escape in 1822 (freeing them legally was a public action he elected to avoid); the two youngest he freed in his 1826 will. Three of the four entered white society as adults, and all their descendants identified as white.

Although racial segregation was adopted legally by southern states of the former Confederacy in the late 19th century, legislators resisted defining race by law as part of preventing interracial marriages.

In 1895 in South Carolina during discussion, George D. Tillman said, It is a scientific fact that there is not one full-blooded Caucasian on the floor of this convention. Every member has in him a certain mixture of… colored blood…It would be a cruel injustice and the source of endless litigation, of scandal, horror, feud, and bloodshed to undertake to annul or forbid marriage for a remote, perhaps obsolete trace of Negro blood. The doors would be open to scandal, malice, and greed.

The one-drop rule was not adopted as law until the 20th century: first in Tennessee in 1910 and in Virginia under the Racial Integrity Act of 1924 (following the passage of similar laws in several other states).