Trending
You are at:Home»365 DAYS-OF-HISTORY»June 20 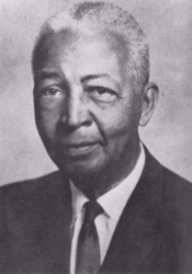 June 20, 1894 Lloyd Augustus Hall, chemist and inventor, was born in Elgin, Illinois, but raised in Aurora, Illinois. Hall earned his Bachelor of Science degree in pharmaceutical chemistry from Northwestern University in 1916 and went on to do graduate work at the University of Chicago. After earning his master’s degree, he was hired by telephone by Western Electric Company, but when they found out that he was black, they rescinded the hire. He then went to work as a chemist for the Department of Health in Chicago. During World War I, Hall served with the United States Ordinance Department as chief inspector of powder and explosives. In 1925, he joined Griffith Laboratories where he worked for 34 years and amassed 59 patents, primarily in the technologies of curing meat. In 1955, Hall was elected to the board of directors of the American Institute of Chemist, the first African American to serve in that capacity. After retiring from Griffith, Hall consulted for the Food and Agriculture Organization of the United Nations and from 1962 to 1964 sat on the American Food for Peace Council. Hall died January 2, 1971 and was posthumously inducted into the National Inventors Hall of Fame in 2004.