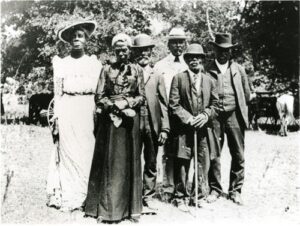 Juneteenth, also known as Juneteenth Independence Day or Freedom Day, is an American holiday that commemorates the June 19, 1865, announcement of the abolition of slavery in the U.S. state of Texas, and more generally the emancipation of enslaved African-Americans throughout the former Confederacy of the southern United States.

Its name is a portmanteau of “June” and “nineteenth”, the date of its celebration. Juneteenth is recognized as a state holiday or special day of observance in forty-five states.

The holiday is observed primarily in local celebrations. Traditions include public readings of the Emancipation Proclamation, singing traditional songs such as “Swing Low, Sweet Chariot” and “Lift Every Voice and Sing”, and reading of works by noted African-American writers such as Ralph Ellison and Maya Angelou.

During the American Civil War, President Abraham Lincoln issued the Emancipation Proclamation on September 22, 1862, with an effective date of January 1, 1863. It declared all slaves to be freed in the Confederate States of America in rebellion and not in Union hands.

This excluded the five states known later as border states, which were the four slave states that were not in rebellion—Kentucky, Maryland, Delaware, and Missouri—and those counties of Virginia soon to form the state of West Virginia, and also the three zones under Union occupation: the state of Tennessee, lower Louisiana and Southeast Virginia.

More isolated geographically, Texas was not a battleground, and thus its slaves were not affected by the Emancipation Proclamation unless they escaped. Planters and other slaveholders had migrated into Texas from eastern states to escape the fighting, and many brought their slaves with them, increasing by the thousands the number of slaves in the state at the end of the Civil War.

Although most enslaved people lived in rural areas, more than 1000 resided in both Galveston and Houston by 1860, with several hundred in other large towns. By 1865, there were an estimated 250,000 enslaved people in Texas. The older, and Hispanic, town of San Antonio had 168 enslaved people among a population of 3,436.

The news of General Robert E. Lee’s surrender on April 9 moved slowly, it did not reach Texas until May 1865, and the Army of the Trans-Mississippi did not surrender until June 2. On June 18, 1865, Union Army General Gordon Granger arrived at Galveston Island with 2,000 federal troops to occupy Texas on behalf of the federal government.

On June 19, standing on the balcony of Galveston’s Ashton Villa, Granger read aloud the contents of “General Order No. 3”, announcing the total emancipation of slaves:
The people of Texas are informed that, in accordance with a proclamation from the Executive of the United States, all slaves are free.

This involves an absolute equality of personal rights and rights of property between former masters and slaves, and the connection heretofore existing between them becomes that between employer and hired labor.