Trending
You are at:Home»365 DAYS-OF-HISTORY»June 16 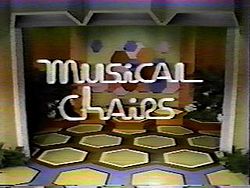 June 16, 1975 The game show “Musical Chairs” premiered on CBS with Adam Wade as host, making him the first African American to host a game show. The daily half-hour game show aired from June 16 to October 31, 1975 on CBS. Wade was a successful singer with having had three Billboard top ten hits in 1961. The series was recorded at the Ed Sullivan Theater (CBS Studio 50) in New York City and sportscaster Pat Hernon was the announcer.

The series aired at 4:00 PM (3:00 Central Time) against NBC’s Somerset and ABC’s Money Maze (and later You Don’t Say!); it was not successful in the ratings against that competition and only aired 95 episodes .Usually appearing on each episode were guest singers and musical groups, among them The Tokens, The Spinners, Larry Kert, Margaret Whiting, The New Christy Minstrels and Sister Sledge as well as up and coming singers and stars such as Alaina Reed, Kelly Garrett, Marilyn Sokol, Jane Olivor, and Irene Cara.