Trending
You are at:Home»365 DAYS-OF-HISTORY»June 1 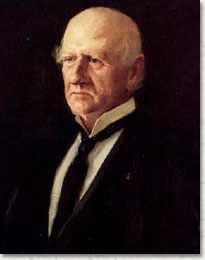 John Marshall Harlin  (Born June 1, 1833, Boyle County, Ky., U.S.—died Oct. 14, 1911, Washington, D.C.) associate justice of the United States Supreme Court from 1877 until his death and one of the most forceful dissenters in the history of that tribunal. His best known dissents favored the rights of blacks as guaranteed, in his view, by the post-Civil War constitutional amendments (Thirteenth, Fourteenth, and Fifteenth). In the 20th century the Supreme Court vindicated his positions on civil rights and on many other issues in which he was in dissent at the time