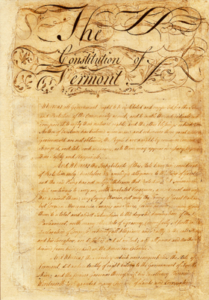 When Vermont was admitted to the union in 1791, it carried over that constitution and thus became the first U.S. state to have abolished slavery.