Trending
You are at:Home»365 DAYS-OF-HISTORY»July 8 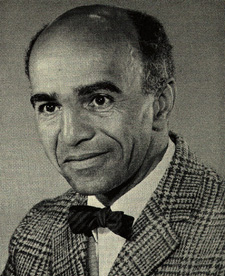 July 8, 2010 David Harold Blackwell, the first African American inducted into the National Academy of Sciences, died. Blackwell was born April 24, 1919 in Centralia, Illinois. He entered the University of Illinois at the age of 16 and earned his Bachelor of Arts degree in 1938, Master of Arts degree in 1939, and his Ph.D. in mathematics in 1941 at the age of 22. After earning his doctorate, he applied for a position at the University of California, Berkeley, but was turned down because of his race. Therefore, from 1942 to 1954 he taught at Southern University, Clark College, and Howard University where he became the head of the mathematics department at the age of 28. In 1955, Blackwell was hired by the University of California, Berkeley where he became the first black tenured faculty member. In 1979, Blackwell won the von Neumann Theory Prize, awarded annually “to a scholar who has made fundamental, sustained contributions to theory in operations research and the management sciences.” Blackwell published over 90 papers and wrote “Theory of Games and Statistical Decisions” (1954) and the textbook “Basic Statistics” (1969). Blackwell was president of the Institute of Mathematical Statistics in 1955. He also was vice president of the American Statistical Association, the International Statistical Institute, and the American Mathematical Society. In 1965, he was the first African American to become a member of the National Academy of Sciences.