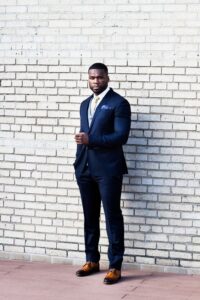 Curtis “50 Cent” Jackson’s 2003 album Get Rich or Die Tryin was a top-seller, propelled by the hit song “In Da Club” and by support from hip-hop superstars Eminem and Dr. Dre. 50 Cent’s troubled past was part of the package: he was raised by his grandparents after his drug-dealing mother died, and in 2000 he survived being shot 9 times. Before his mainstream breakthrough he was popular in clubs and on the streets, thanks to locally distributed tapes.

Although it didn’t get national airplay, his Power of a Dollar (1999) was an underground hit, as was his earlier single “Thug Love.” His second album, 2005’s The Massacre, was almost overshadowed by 50 Cent’s public feud with fellow rapper and protegé, The Game. Between the gunfire, feuds and hit singles, Rolling Stone magazine was moved to call 50 Cent “in many ways the ideal East Coast hardcore rapper.” His autobiography, From Pieces to Weight, was published in 2005.

Jackson has also started a book publishing imprint, G-Unit Books on January 4, 2007 at the Time Warner Building in New York. He has written a number of books including a memoir, From Pieces To Weight in 2005 where it sold 73,000 copies in hardcover and 14,000 copies in paperback; a crime novel and a book with Robert Greene titled The 50th Law, an urban take on The 48 Laws of Power. In November 2011, Jackson released 50 Cent’s Playground, a young adult fiction novel about a bullied, violent kid and his gay mom.

In October 2004, Jackson became a beverage investor when he was given a minority share in the company in exchange for becoming a spokesperson after learning that he was a fan of the beverage. After becoming a minority shareholder and celebrity spokesperson, Jackson worked with the company to create a new grape flavored “Formula 50” variant of VitaminWater and mentioned the drinks in various songs and interviews. In 2007, Coca-Cola purchased Glacéau for $4.1 billion and, according to Forbes, Jackson, who was a minority shareholder, earned $100 million from the deal after taxes.

The company has joint ventures with Will Packer’s production company Will Packer Productions and Universal Television. In over 18 months, Jackson has sold projects to six different networks.
Among them was Power, a STARZ drama in which he not only co-stars but also serves as co-creator and executive producer. Power debuted in June 2014 and was renewed for a second season after one episode.

Power’s August 2 season finale garnered the high ratings through the season, more than doubling the premiere and it generated 71% of the African-American viewership of any scripted premium series since 2006. Jackson serves as a co?star, co-creator and executive television producer of the STARZ network drama where he signed a 2-year contract with representation coming from the Agency for the Performing Arts.

Ratings have been a success for Starz. with the second-season premiere being the highest-ever season with 1.43 million people tuning in live. Jackson also serves as an executive television producer for Dream School for SundanceTV, a series that follows fifteen high school dropouts as they are taught by a series of celebrity “teachers”.