Trending
You are at:Home»365 DAYS-OF-HISTORY»July 4 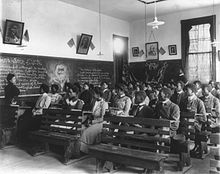 Tuskegee University is a private, historically black university (HBCU) located in Tuskegee, Alabama, United States. It was established by Booker T. Washington July.4, 1881 The campus is designated as the Tuskegee Institute National Historic Site by the National Park Service and is the only one in the U.S. to have this designation. The university was home to scientist George Washington Carver and to World War II’s Tuskegee Airmen.

The university’s campus was designed by architect Robert Robinson Taylor, the first African American to graduate from the Massachusetts Institute of Technology.