Trending
You are at:Home»365 DAYS-OF-HISTORY»July 29 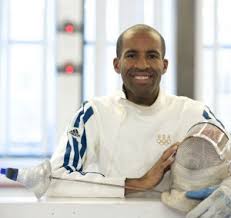 July 29, 1978 Keeth Thomas Smart, the first American to be named the top-ranked fencer internationally, was born in Brooklyn, New York. As a teenager, Smart began taking fencing lessons at the Peter Westbrook Foundation. He attended St. John’s University where he was the NCAA sabre fencing champion in 1997 and 1999 and earned his bachelor’s degree in finance. Smart also won the United States National Sabre Championship in 2002 and 2004. In 2003, he became the first American to gain the sport’s number one international ranking. Smart competed at three Olympic Games, including the 2008 Beijing Olympic Games where he won a Silver medal as a member of the U.S. Sabre team, the first Olympic medal for a U.S. men’s team since 1948. Smart retired in 2008 as the fifth ranked sabre fencer in the world. He earned his Master of Business Administration degree from Columbia University in 2010 and currently works in finance