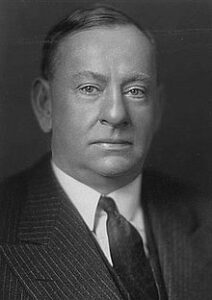 Anti-Lynching Bill, 1922, was introduced by Missouri Congressman Leonidas Dyer advocating lynching be a federal felony in the United States punishable by a maximum of 5 years in person, a fine of $5,000 or both.

The Dyer Anti-Lynching Bill was first introduced in 1918 by Representative Leonidas C. Dyer, a Republican from St. Louis, Missouri, in the United States House of Representatives as H.R. 11279. It was directed at punishing lynchings and mob violence.

The Dyer Anti-Lynching Bill was re-introduced in subsequent sessions of Congress and passed by the U.S. House of Representatives on January 26, 1922, but its passage was halted by a Southern Democratic filibuster in the U.S. Senate.

Attempts to propose similar legislation took a halt until the 1930s with the Costigan-Wagner Bill. Subsequent bills followed but the United States Congress never outlawed lynching due to Southern Democratic opposition.

Lynching’s were predominantly committed by whites against African-Americans in the Southern and border states. According to statistics meticulously compiled by the Tuskegee Institute, between the years 1882 and 1951 some 4,730 people were lynched in the United States, of whom 3,437 were black and 1,293 were white.

Lynchings first peaked in the years immediately following the Civil War (the largest number of lynchings occurred in 1892 – 230 persons were lynched that year: 161 African-Americans and 69 whites). These numbers fell off sharply with the dissolution of the first Ku Klux Klan. They continued through the 1890s and the next two decades at relatively high levels, in what is often called the nadir of American race relations, a period marked by disfranchisement of African-Americans and Jim Crow in the South, and discrimination against African-Americans across the country.

The lynching’s were Southern whites’ extrajudicial efforts to maintain social control, white supremacy, and Democratic Party rule, after gaining disfranchisement of most blacks through discriminatory voter registration and electoral rules, and imposing segregation, and Jim Crow laws on the black population in the late 19th and early 20th century. Maintaining white supremacy in economic affairs played a part as well.

In 1917, white ethnic mobs had attacked blacks in St. Louis and East St. Louis race riots over competition for work and punishment for strikebreakers. Social changes resulting from a rapid rise in European immigration and the internal Great Migration of blacks from the South to major northern and mid-western cities contributed to violent confrontations, especially in the postwar summer of 1919.

In April 1919, the NAACP published a report which disproved the myth that stated most lynchings were based on African American attacks on white women: less than one sixth of the 2500 African Americans lynched from 1889 to 1918 had even been accused of rape.

Representative Leonidas C. Dyer, who represented a majority African-American district, had taken notice of the hate crimes occurring around him and was outraged by the violence and disregard for law in such riots. Dyer was especially concerned about the continued high rate of lynchings in the South and the failure of local and state authorities to prosecute them. This inspired his anti-lynching bill.

Republican U.S. President Warren G. Harding announced his support for Dyer’s bill during a speaking engagement in Birmingham, Alabama. Although the bill was quickly passed by a large majority in the House of Representatives, it was prevented from coming to a vote in 1922, 1923, and 1924 in the U.S. Senate, due to filibusters by the white southern Democratic bloc.

Southern Senators opposed anti-lynching laws and other civil rights legislation on the ground that blacks were responsible for more crime, more babies born out of wedlock, more welfare and other forms of social assistance, and that strong measures were needed to keep them under control.