Trending
You are at:Home»365 DAYS-OF-HISTORY»July 25 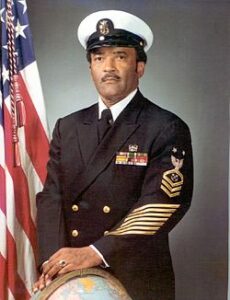 July 25, 2006 Carl Maxie Brashear, the first African American to become a United States Navy master diver, died. Brashear was born January 19, 1931 in Tonieville, Kentucky. He enlisted in the U.S. Navy in 1948. He graduated from the Navy Diving & Salvage School in 1954, becoming the first African American navy diver. In 1966, while involved in the recovery of an Air Force bomb, Brashear was involved in an accident that resulted in the amputation of the lower portion of his leg. In 1968, after a long struggle, Brashear became the first amputee to be certified as a diver and in 1970 he became the first African American master diver. Brashear served in that capacity until his retirement from the navy in 1979 as a master chief petty officer. In 2000, “Men of Honor,” a movie inspired by Brashear’s life, was released. The USNS Carl Brashear was christened in his honor in 2008 and in 2009 “Dream to Dive: The Life of Master Diver Carl Brashear,” an exhibition dedicated to him opened at the Nauticus Museum.