Trending
You are at:Home»365 DAYS-OF-HISTORY»July 15 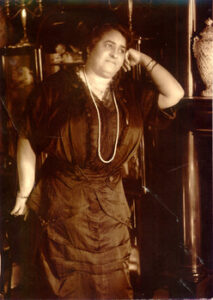 July 15, 1864 Maggie Lena Walker, educator, businesswoman, and the first female bank president, was born in Richmond, Virginia. Walker attended the Colored Normal School to be trained as a teacher and received her diploma with honors in 1883. After graduation, she taught for three years. In 1899, Walker was elected Right Worthy Grand Secretary-Treasurer of the Independent Order of St. Luke, a black social and civic organization.

In 1902, Walker founded the order newspaper, St. Luke Herald, and in 1903 opened the St. Luke Penny Savings Bank with her as president. By 1920, the bank had loaned money to purchase 600 homes. In 1930, the bank merged with two other black-owned banks in Richmond to become the Consolidated Bank and Trust Company with Walker as chairman of the board. The bank continues to operate today as the oldest continuously operating minority-owned bank in the country.

As a result of her business acumen, the order became financially successful and by 1924 had 100,000 members, 1500 local chapters, and assets of almost $400,000. Walker served as the leader of the Independent Order of St. Luke and chairman of the bank until her death on December 15, 1934. She was the founder and lifelong head of the Colored Women’s Council of Richmond which raised money for local projects and maintained a community house. She was the co-founder and vice president of the Richmond branch of the NAACP and served on the national board for ten years. She also served as a trustee of Hartshorn College and Virginia Union University.

The National Park Service operates the Maggie L. Walker Historical Site. Her home in Richmond was designated a National Historic Site in 1978 and was opened as a museum in 1985. The Maggie L. Walker Governor’s School for Government and International Studies in Richmond is named in her honor. In 2001, Walker was posthumously inducted into the Junior Achievement U.S. Business Hall of Fame. “Maggie L. Walker and the I.O. of St. Luke: The Woman and Her Work” was published in 1927.