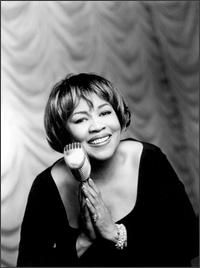 Mavis Staples, gospel and R&B singer and civil rights activist, was born in Chicago, Illinois. Staples began singing with her family group, The Staple Singers, in 1950.

With The Staple Singers, Staples was inducted into the Rock and Roll Hall of Fame in 1999 and received the Grammy Lifetime Achievement Award in 2005.

She has received honorary doctorate degrees from Berklee College of Music and Columbia College.