Trending
You are at:Home»365 DAYS-OF-HISTORY»January 7 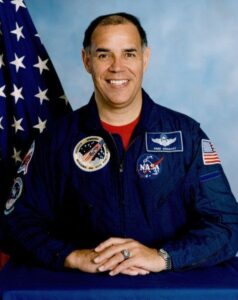 January 7, 1941 Frederick Drew Gregory, the first African American to pilot a space shuttle, was born in Washington, D. C. Gregory earned his Bachelor of Science degree from the United States Air Force Academy in 1964 and was a decorated helicopter pilot during the Vietnam War. He flew over 550 combat missions and retired as a colonel. He earned his Master of Science degree in information systems from George Washington University in 1977 and was selected as an astronaut by the National Aerospace and Space Administration in 1978. Gregory served as the pilot on STS-51B in 1985 and the spacecraft commander on STS-33 in 1989 and STS-44 in 1991. In total, he logged about 456 hours in space. From 1992 to 2005, Gregory served in various capacities in the NASA administration, including deputy administrator.