Trending
You are at:Home»365 DAYS-OF-HISTORY»January 29 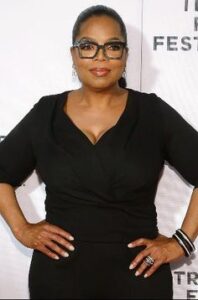 January 29, 1954 Oprah Gail Winfrey, television host, producer, businesswoman, and philanthropist, was born in Kosciusko, Mississippi. At the age of 17, Winfrey won an oratorical contest which secured a full scholarship to Tennessee State University where she earned her Bachelor of Arts degree in 1976. In 1983, she moved to Chicago, Illinois to host “AM Chicago” and within months it was the highest rated talk show in the city. In 1986, the show was expanded to an hour, renamed “The Oprah Winfrey Show,” and broadcast nationally.

After 25 seasons, the final show was aired in September, 2011. In 1986, Winfrey founded Harpo Productions which in 1998 produced the film “Beloved” and in 2005 produced the made for television movie “Their Eyes Were Watching God.” In 1985, she co-starred in “The Color Purple,” a role that earned her an Academy Award nomination for Best Supporting Actress. In 1998, Winfrey co-founded the Oxygen network, in 2000 she began publication of “O, The Oprah Magazine,” and in 2008 she and Discovery Communications announced plans to change Discovery Health Channel into Own: The Oprah Winfrey Network.

According to Forbes Magazine as of September, 2010 Winfrey had a net worth of $2.7 billion and CNN called her “arguably the world’s most powerful woman.” In 1998, Winfrey started Oprah’s Angel Network, a charity to encourage people around the world to make a difference in the life of the underprivileged, which has raised more than $51 million. She has invested $40 million to establish the Oprah Winfrey Leadership Academy for Girls in South Africa which opened in 2007.

In 2005, she became the first black person to be listed by Business Week as one of America’s top 50 most generous philanthropists. Winfrey was the recipient of the NAACP Spingarn Medal in 2000. Winfrey received the Kennedy Center Honors in 2010. Several books have been written about Winfrey, including “Oprah Winfrey: The Real Story” (2001) and “Oprah Winfrey” (2007).