Trending
You are at:Home»365 DAYS-OF-HISTORY»January 28 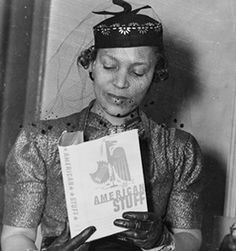 January 28, 1960 Zora Neale Hurston, author and playwright, died. Hurston was born January 7, 1891 in Notasulga, Alabama but raised in Eatonville, Florida, the first all-black town to be incorporated in the United States. Hurston described the experience of growing up in Eatonville in her 1928 essay “How It Feels to Be Colored Me.” Hurston earned her Bachelor of Arts degree in anthropology from Barnard College in 1928 and spent two years as a graduate student at Columbia University. Hurston’s best known work is the 1937 novel “Their Eyes Were Watching God” but she also published short stories, essays and plays, including “Color Struck” (1925), a play first published in the Urban League’s Opportunity Magazine, and “Mule Bone” (1930), a play co-written with Langston Hughes.

Hurston’s house in Fort Pierce, Florida is a National Historic Landmark and the Zora Neale Hurston Festival of the Arts and Humanities is celebrated annually in Eatonville. Biographies of Hurston include “Zora Neale Hurston: A Literary Biography” (1977), “Wrapped in Rainbows: The Life of Zora Neale Hurston” (2003), and “Speak, So You Can Speak Again” (2004). Hurston’s name is enshrined in the Ring of Genealogy at the Charles H. Wright Museum of African American History in Detroit, Michigan.