Trending
You are at:Home»365 DAYS-OF-HISTORY»January 21 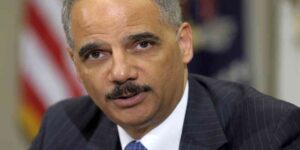 January 21, 1951 Eric Himpton Holder, Jr., the first African American Attorney General of the United States, was born in the Bronx, New York. Holder earned his Bachelor of Arts degree in American history in 1973 from Columbia College and his Juris Doctorate degree in 1976 from Columbia Law School. After graduating from law school, he joined the U.S. Justice Department’s Public Integrity Section and worked there until 1988. In 1988, President Ronald Reagan appointed Holder a Judge of the Superior Court of the District of Columbia. Holder stepped down from the bench in 1993 to accept an appointment as U.S. Attorney for the District of Columbia, the first black U.S. attorney in that office. In 1997, he was promoted to deputy attorney general where he served until 2001. From 2001 to 2007, Holder worked in private practice, representing clients such as Merck and the National Football League. In 2009, he assumed the office of United States Attorney General.