Trending
You are at:Home»365 DAYS-OF-HISTORY»January 20 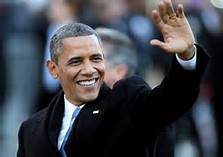 January 20, 2009 Barrack Hussein Obama was inaugurated as the 44th President of the United States. The theme of the inauguration was “A New Birth of Freedom” and it set an attendance record for any event held in Washington, D.C. Based on the attendance, television viewership and internet traffic, it was probably the most observed event ever by a global audience.