Trending
You are at:Home»365 DAYS-OF-HISTORY»January 18 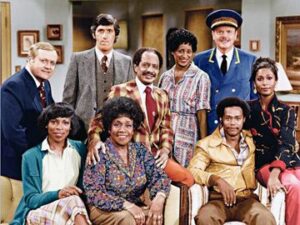 January 18, 1975 “The Jeffersons,” the longest running television series with a predominantly African American cast, debuted on CBS. The series ran for 11 seasons and 253 episodes were broadcast. It was nominated for 11 Emmy Awards and 5 Golden Globe Awards. Sherman Hemsley and Marla Gibbs were nominated for Best Actor and Best Supporting Actress in a Comedy Series, respectively, each year from 1981 to 1985. Isabel Sanford was nominated for Outstanding Lead Actress in a Comedy Series each year from 1979 to 1985. She won the award in 1981, making her the second African American actress to win an Emmy Award. The final episode was broadcast on June 25, 1985.