Trending
You are at:Home»365 DAYS-OF-HISTORY»January 17 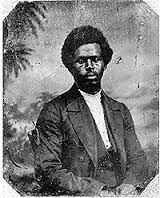 January 17, 1759 Paul Cuffee, businessman and abolitionist, was born on Cuttyhunk Island, Massachusetts. At the age of 16, Cuffee signed on to a whaling ship and by the time he was 21 he owned a fleet of ships and a 116 acre farm. As Cuffee became more successful, he invested in more ships and made a sizable fortune. Cuffee believed that the emigration of blacks to colonies outside of the United States was a viable solution to the race problem in America and in 1811 launched his first expedition to Sierra Leone. While in Sierra Leone, he helped to establish the Friendly Society of Sierra Leone, a trading organization run by blacks. Cuffee died on September 9, 1817. Biographies of Cuffee include “Paul Cuffee: Black America and the African Return” published in 1972 and “Paul Cuffee: Black Entrepreneur and Pan-Africanist” published in 1988. He is honored with a feast day on the liturgical calendar of the Episcopal Church on March 4.