Trending
You are at:Home»365 DAYS-OF-HISTORY»January 15 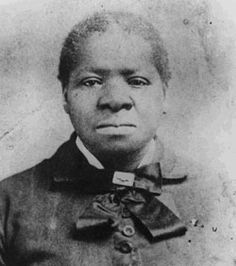 January 15, 1891 Bridget “Biddy” Mason, nurse, real estate entrepreneur, and philanthropist, died. Mason was born enslaved on August 15, 1818 in Hancock County, Georgia. She was given to a couple as a wedding present and they took her to Mississippi and then to California. California was a free state and any enslaved person brought into the state was supposed to be freed. The couple refused to free Mason. Therefore, she petitioned a Los Angeles court and was granted her freedom. Mason worked as a nurse and a midwife and was one of the first African Americans to purchase land in the city. She amassed a fortune of nearly $300,000 which she shared with charities. She was instrumental in founding a traveler’s aid center and an elementary school for black children. In 1872, Mason donated the land to and was a founding member of First African Methodist Episcopal Church, the city’s first and oldest black church. Mason is an honoree in the California Social Work Hall of Distinction and is annually celebrated on Biddy Mason Day on November 19th. Her biography, “The Life and Times of Biddy Mason,” was published in 1976.