Trending
You are at:Home»365 DAYS-OF-HISTORY»January 14 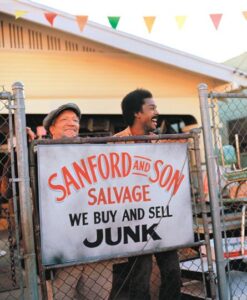 January 14, 1972 The television situation comedy “Sanford and Son” debuted on NBC. The show ran for six seasons until March 25, 1977 and was the number two most watched television show for three consecutive seasons and was nominated for four Emmy Awards. Redd Foxx won the 1973 Golden Globe Award for Best TV Actor-Musical/Comedy. In 2007, Time Magazine included the show on their list of the 100 Best TV Shows of All Time.