Trending
You are at:Home»365 DAYS-OF-HISTORY»January 13 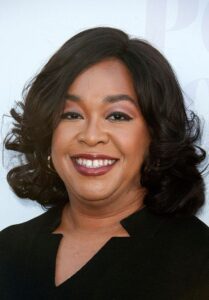 January 13, 1970 Shonda Rhimes, screenwriter, director, and producer, was born in Chicago, Illinois. Rhimes earned a bachelor’s degree from Dartsmouth College in 1991 and her Master of Fine Arts degree from the University of Southern California’s School of Cinema-Television. She made her directorial debut with the 1998 short film “Blossoms and Veils” and in 1999 she wrote the script for the HBO movie “Introducing Dorothy Dandridge.” In late 2003, she wrote the pilot for “Grey’s Anatomy” and the series debuted on March 27, 2005. In 2007, the show won the Golden Globe Award for Best TV Drama Series and in September, 2011 entered its eighth season. Rhimes is also the creator and executive producer of “Private Practice” which debuted on September 26, 2007 and is now in its fifth season. In 2007, Rhimes was named one of Time Magazine’s 100 people who help shape the world.