Trending
You are at:Home»365 DAYS-OF-HISTORY»January 10 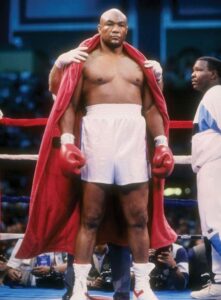 January 10, 1949 George Edward Foreman, hall of fame boxer, was born in Marshall, Texas. Foreman had an amateur boxing record of 27 wins and no losses and won the Gold medal in the heavyweight division at the 1968 Mexico City Olympic Games. In 1969, he turned professional and won the World Heavyweight Boxing Championship for the first time in 1973. He lost the title to Muhammad Ali on October 30, 1974 in the famous “Rumble in the Jungle” fight in Zaire. In 1994, Foreman regained the title and, at age 45, became the oldest fighter ever to win the World Heavyweight Championship. Foreman retired from boxing in 1997 and was inducted into the International Boxing Hall of Fame in 2003. In 1977, Foreman became an ordained minister and opened a youth center that bears his name. He has also become a successful business entrepreneur and promoter. It is estimated that he has earned more than $200 million as a product endorser. He published “George Foreman’s Guide to Life: How to Get Up Off the Canvas When Life Knocks You Down” in 2003.